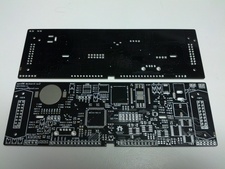 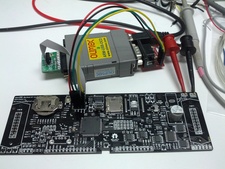 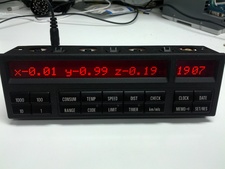 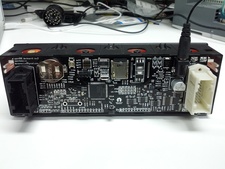 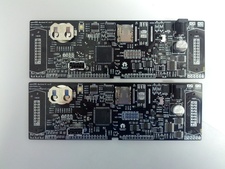 The current openOBC board features a fully user-programmable LPC1769 microcontroller. You might recognize it as essentially the same one used in the LPC1768 mbed. In fact, the openOBC board will happily run any code compiled for the mbed and anyone who has access to the mbed compiler can use it to write code for the openOBC board. However, the official openOBC codebase is not written for/in the mbed environment so you'll still need to set up your own toolchain to compile the source code if you wish to play with the official openOBC firmware yourself. This is easier than it sounds and is highly recommended for just about anyone.

If anyone has trouble getting any of the parts, leave a comment below. If an appropriate substitute can't be found in your part of the world, I don't mind providing the missing parts. Where possible, these parts can be designed out in future revisions.

Do you think about implement something using atmel/arduino? i'm looking for an easy read/write OBC interface hardware with something like an API. Without LCD or buttons, just a small device to plug the OBC connectors and transmit information via bluetooth to my smartphone or a Raspi with a LCD display instead the old OBC display and buttons...

I think you should also market to the e30/ e28/ e24 crowd. I would be interested in working on replacing my old obc. I have tons of questions!

i have an idea in your feature.
- fuel pressure display.
-oil temp. display.
thank.

Yes I'm excited about adding these to the firmware. Unfortunately my E36 came without sensors installed for either, so I have to add the sensors.